January was a boring month. Maisy celebrated her gotcha day with a trip to the dog park and one of the best photos of all time. 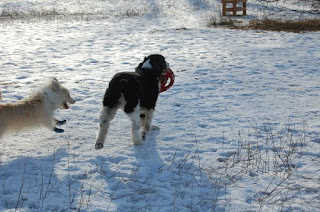 Maisy received her first paycheck in February. And that was about it. Well, that and I learned how to knit. Which has absolutely nothing to do with this blog, but I'm pretty sure it proves that I'm a wizard, so that's cool.

In March, I registered Maisy with the AKC so she could participate in lure coursing. She hasn't had the chance to do it yet. Also, we went hiking and Maisy climbed a tree. 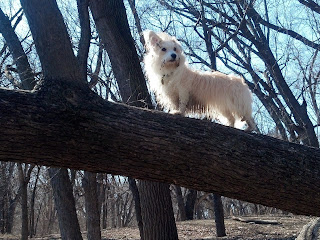 Maisy had her second modeling job in April, when she modeled several Halloween costumes. She didn't end up on any packaging, but it was still a fun experience. She also earned her first two QQs towards her ARCH, something we'd be trying to do for years.

May was the month of Maisy's first (and unbeknownst to me, last) backpacking trip. We spent five days in northern Minnesota hiking the Superior Hiking Trail with our friends Laura and Piper. Laura and I also attended the Midwest Animal Welfare Conference for a day of talks on behavior. We did not take the dogs. 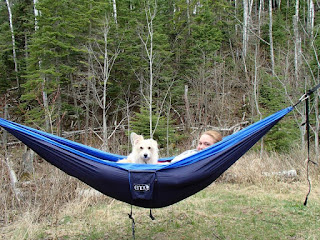 In June, the results of Maisy's first modeling shoot turned up in stores. She also officially graduated from being followed by the veterinary behaviorist when we agreed to cancel Maisy's appointment because I had absolutely no behavioral concerns. 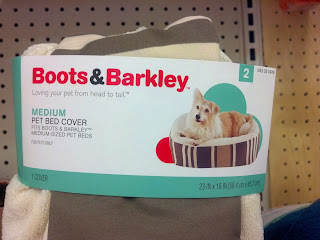 July was AWESOME! Maisy earned her ARCH, a multi-level championship title in APDT/WCRL rally. I also attended a Steve White seminar (Maisy had a working spot!), and went to a Paco collar making class. Maisy is all pretty now. 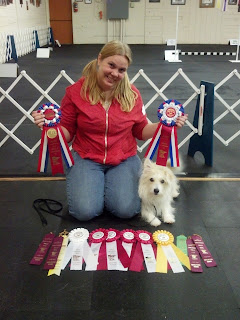 August was (I think) the month Dog Sport Skills, Book 1 by Denise Fenzi and Deb Jones came out. This might not seem like it has anything to do with me, but I worked as the editor on it, so this was pretty exciting! I also had the best birthday ever, and began dating my new boyfriend.

Do we have to remember September? Because this is the month that Maisy almost died. She was diagnosed with immune-mediated inflammatory disease of the spinal cord. Two weeks later, she ended up back in the ICU with a 7mm bladder stone blocking her urethra. You all rallied around me, helping me pay most of Maisy's medical bills, for which I am very thankful. I also took the CPDT-KA exam, although that was completely overshadowed by Maisy's illness. 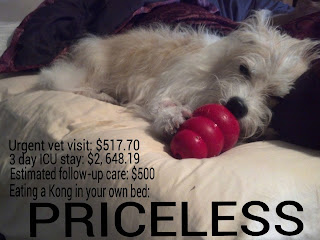 In October, I got the news that I passed my CPDT-exam. Later in the month, I got my first foster dog. 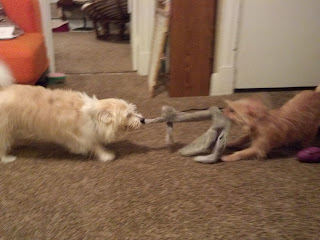 And a week later, in November, I officially adopted my foster dog. I also hosted Thanksgiving for the first time ever, which was both challenging and exciting. 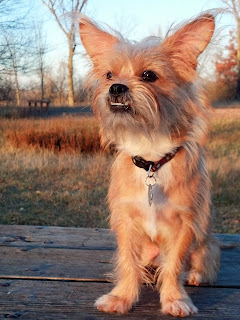 December marked Maisy's first recurrence of her immune-mediated inflammatory disease. Or rather, the early stages of what we assume was a recurrence. I also attended the Kim Brophey seminar, which was absolutely fascinating.
Posted by Crystal (Thompson) Barrera at 8:00 AM

Email ThisBlogThis!Share to TwitterShare to FacebookShare to Pinterest
Labels: year in review